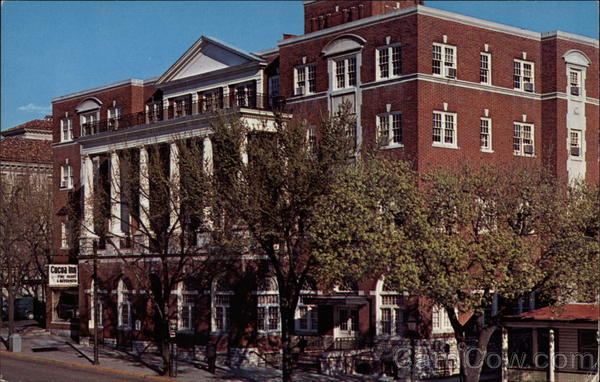 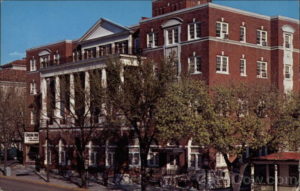 It was the on the sweetest spot in a town called the “Sweetest Place on Earth”.  At the southeast corner of Chocolate and Cocoa Avenues, the “Cocoa Inn” was the center of Milton Hershey’s model town, Hershey, Pennsylvania.  But for me it was a landmark, both in the town and in my life, as I will always remember it as the first building that I saw and entered on October 24th, 1966-the day that my twin brother and I were admitted to the Milton Hershey School for Boys, which would be our “home” for the next ten years.

We arrived in town two hours early for our appointment with the Admissions Director, and so our mother decided to take us for breakfast-to the “Now Chow”, a new “psychedelic eating spot in the Cocoa Inn”[i] cafeteria.  I don’t remember the interior of the building, but I do remember the imposing brick and limestone exterior, which I learned years later, was a later façade which had been built around an earlier (c 1903) building called the “Community Inn”.  Only four years after our visit, the Cocoa Inn was demolished to make way for a parking lot.  A local newspaper photographer recorded the dramatic “implosion” which brought the former personal landmark to the ground.