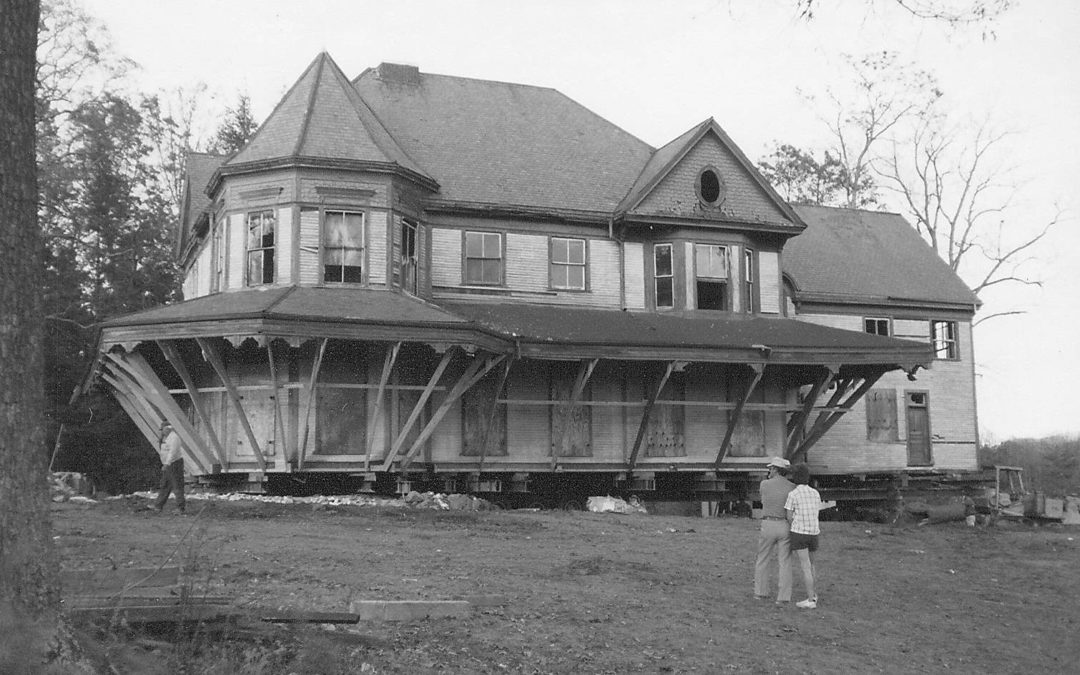 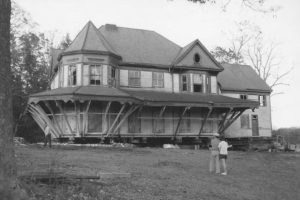 One of Asheville’s most significant historic structures, and one of The Preservation Society of Asheville and Buncombe County’s greatest preservation successes was the magnificent home of Richard Mumford Pearson, jr, statesman, congressman and diplomat — at various times U.S. Consul General in Liege, Belgium and Genoa, Italy, then U.S. Ambassador to three different countries all of which are no longer known by their then names: Persia/Iran, Siam/Thailand and Montenegro/later part of Greece. Pearson was born of a N.C. State Supreme Court Chief Justice, down in Yadkin County, but his father had bought 800-plus acres of prime land on the palisades of the west side of the French Broad River — stretching across from about Riverside Cemetery toward UNCA.

Upon retirement from public service and his diplomatic career, the younger Pearson and his wife, Gabrielle, decided to build the home of their dreams on the land, and to name it after his birthplace in the Piedmont, Richmond Hill. It also happened to combine the names of the owner and the architect or home’s designer, James Hill. To complete the use of his names, the road up from the center of Asheville through Montford and toward the river was named Pearson Drive, and the bridge across the French Broad to the estate was named — and is still called — Pearson Bridge. The house is best described as a 25 room Queen Anne/Victorian mansion, built in 1889 and the center of great social and political life for the rest of that century and well into the 20th.

After the death of the parents (Richmond and Gabrielle) a daughter and son, both unmarried, maintained the house for many years, operating a museum of objects collected by both generations of owners during world travels. After the death of the second generation of Asheville Pearsons, the house sat empty for some years, and was slowly deteriorating when an association of Baptist retirement or rest homes bought some of the original property including the mansion house and prepared to demolish it to build a health care facility on the land. The Preservation Society immediately began negotiations and agreed to move the grandiose structure from the area where the new facility would be, and was, built.

Using the resources of a revolving fund derived from earlier rescuing the Gudger House on Montford Avenue, renovating that property and selling it to Pisgah Legal Services, The Preservation Society (PSABC) arranged to have the structure jacked up (minus some porches and extensions), and in a remarkable and memorable feat rolled the massive structure 600 feet east to the precipice of the palisade overlooking the French Broad. It was saved from demolition. A buyer from Greensboro was found, who could afford to put over $3 million into it’s restoration and the important historic structure functioned for some years as a most appealing upscale Inn, with 12 guest rooms, a fine restaurant, and with later added cottages around a croquet court and an ancillary building designed by local architect Jim Samsel, which added sixteen more guest rooms.

The landscaping was superb, with fine arborists and horticulturists maintaining appropriate plantings on all sides of the massive structure, and around a stunningly scenic — though artificial — waterfall between the landmark structure at top and the newer but complimentary additional edifice with more rooms and an additional dining facility, below. All was well for more than two decades with the great success of PSABC’s efforts transforming a tired matron into a ravishing beauty once again. Until March 19, 2009. On that night, arsonists set the main house afire and it was destroyed beyond possible restoration.

The original purchasers had recently sold Richmond Hill to questionable buyers who — with the economic downturn of 2008 — failed to make payments and the previous owners pressed for it being foreclosed. Days before it might have been auctioned “on the courthouse steps’ it was torched by unknown assailants and is now history. The pain of having rescued the relic from tragedy in the late 1980s, then having it gorgeously restored to its original glory for some twenty years, then to go up in flames was a painful and irreplaceable tragedy. One of the greatest architectural losses of our city’s history — maybe not as prominent as the destruction of the old Battery Park and Kenilworth Hotels of late 19th century. But close. And the pain lingers for those of us present when it was moved, and in any way involved in its salvation, restoration and return to glory.