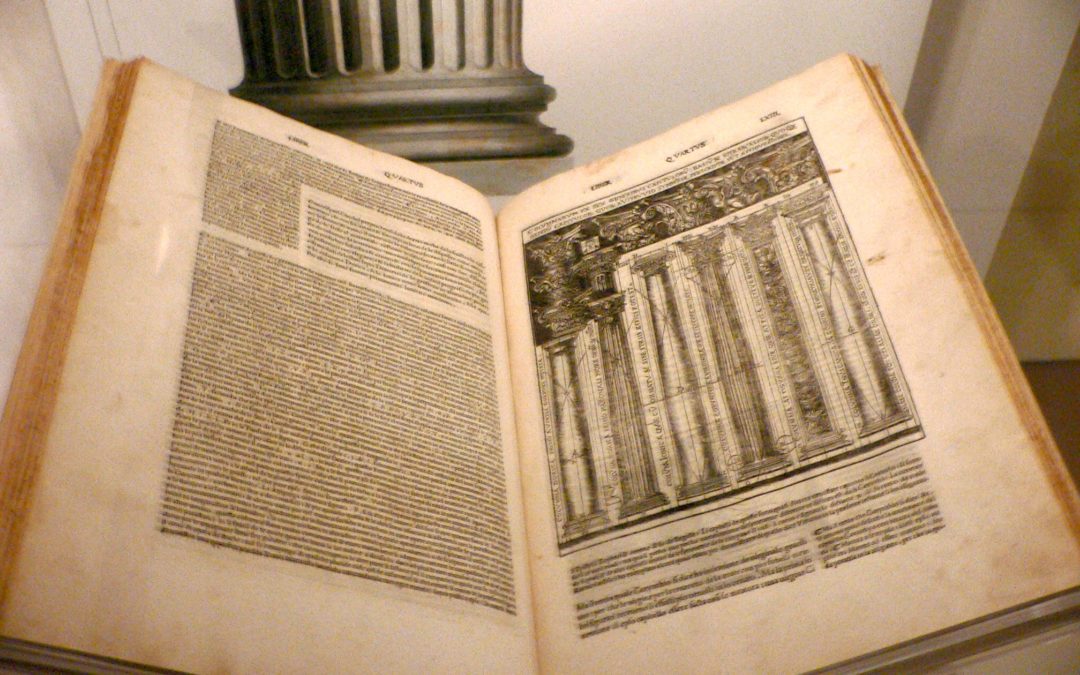 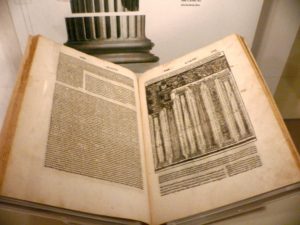 If I hear one more person on HGTV moan because the house they’re looking to buy doesn’t have granite countertops or an open concept, I think I’ll just scream!! -Or if I hear of another person who longs to live in a “tiny house” on 12 acres (where do you keep a mower for all that grass?).  Well at least that’s how I feel, that is, until I stop and realize that we all design homes, offices and places of worship according to the current and popular design trends, and that we have been doing so since time immemorial.  Before HGTV and DIY television, architectural design trends were influenced, popularized, and in fact, most often initiated by what we librarians used to call “print-media”: books, newspapers, and magazines. Author Daniel D. Reiff, in his comprehensive book on the subject, Houses from Books: The Influence of Treatises, Pattern Books, and Catalogs in American Architecture, 1738-1950, writes: “The printed architectural book, whether a sophisticated treatise or a modest builder’s manual, is now abundantly recognized as a significant factor in the history of buildings.”[i]

Reiff further proposes that “it was the Historic Preservation Act of 1966 and the resultant impetus given to state and local surveys of architecture (especially of the less monumental type) that exponentially broadened our knowledge of American domestic architecture during the last thirty years and inspired the search for possible design sources and patterns of diffusion”.[ii] This was the beginning, in the 1960’s, of the reprinting of many of these earlier builder’s manuals and pattern books, by publishers such as Dover Publications, who have now made affordable copies available for all who are interested in studying these early sources of design influences.

A few years ago, for an online course that I was taking on historic preservation (from Bucks County Community College), I prepared two timelines titled: Books, Treatises, & Buildings: American Architecture from 1600-1965, which examined the publishing of books, treatises, and builder’s manuals, and their influences on building and design in the United States, from 1600-1965.  I have revised them, and now present them to you in a two part-series, Part 1- 1600-1865 and Part 2- 1865-1965. I present them with little commentary, except to say that I hope that you will study them carefully and perhaps use them for further reference and study. 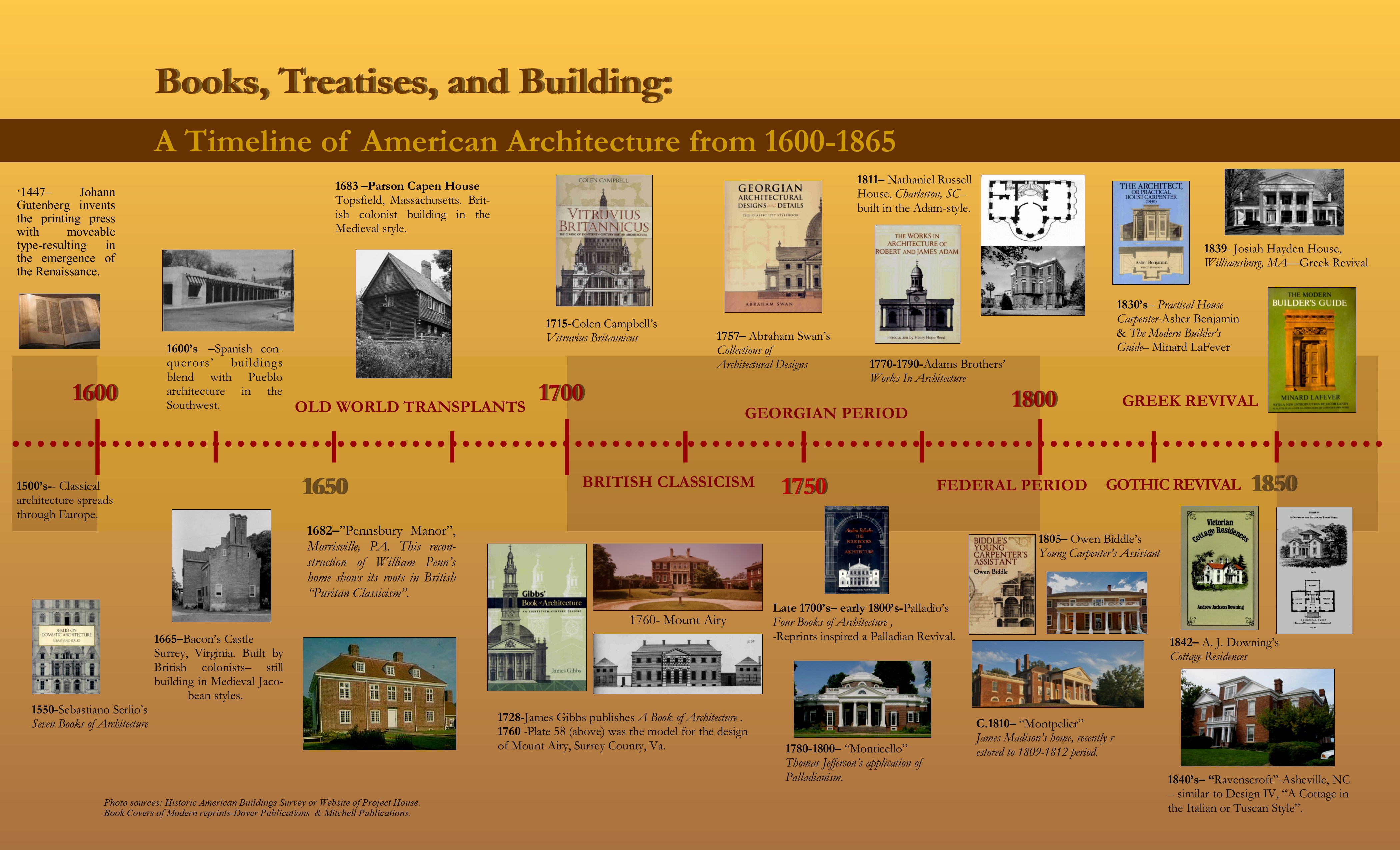